At 7:30 the morning after the Preakness, the co-owner of the nation’s hottest racehorse phoned Stephanie Brown, who makes horse treats.

“Can you handle all this publicity?” Steve Coburn asked her. He was referring to his frequent mentions of California Chrome’s love of Mrs. Pastures Cookies during media interviews.

Brown, a longtime San Diegan, and her business partner, Maggie Carroll, manufacture the equine treats in Walnut Creek, a business they started with Carroll’s mother in 1986.

• A May 3 USA Today story began: “Before Steve and Carolyn Coburn flew to Louisville in anticipation of California Chrome’s run in the Kentucky Derby, they packed the usual necessities… and then they packed Mrs. Pastures cookies, just like always.”

The article went on to say Mrs. Pastures have become a tradition: California Chrome gets his cookies on the day before and on the day after each race. He seems to know he is about to race when he gets that bag of cookies.

• On May 17, The New York Times wrote that California Chrome started eating Mrs. Pastures Cookies as a foal. “He runs for those cookies,” Coburn told the reporter. “We buy those things by the buckets full, and we take them over to Harris Ranch (where California Chrome was born), got every horse over there hooked on them.”

• This week she got a call from Condé Nast asking her to send horse cookies to Bon Appétit magazine. She’s not sure why.

• “America’s Best Racing” conducted a blind taste test in New York’s Times Square of a chocolate chip cookie and a Mrs. Pastures Cookie, even though the bag warns, “not for human consumption.” In this case, the humans said, “neigh” rejecting the horse cookie with adjectives such as “tough,” “no flavor,” “not very tasty,” “awful” and “I can’t even bite it.” The Cookie Monster even grimaced.

They aren’t unhealthy, Brown explains, they’re just so hard, you could end up in a dentist’s chair.

Secret ingredients? Carroll’s mother, Patricia Burge, now 94, came up with the recipe 28 years ago while experimenting to find something her retired racehorse wouldn’t spit out. The three ladies began production in a home kitchen, moved it into a stall, then expanded into a separate facility.

For the past seven years, Brown has worked from her home in San Diego, where her parents, Dixie and Ken Unruh also reside. But last August, she and her attorney husband, Cory, relocated to Northern California to be closer to the operation.

As for secret ingredients, Brown says there are none — the cookies are a simple blend of oats, barley, bran, molasses and apples, unfortified with vitamins or minerals. Mrs. Pastures originally also added “a lot of love” on the ingredients label -- until one state agency objected that love wasn’t an approved ingredient.

Coburns in San Diego: Steve and Carolyn Coburn, who live in Topaz Lake, Nev. were in San Diego last weekend staying at the Rancho Bernardo home of their trainer, Art Sherman. They left Monday for Elmont, N.Y. to prepare for Saturday’s Belmont Stakes race.

On Tuesday, shortly after word came that a lucrative deal had been struck for their horse to represent Skechers footwear, the San Diego trainer informed the media that California Chrome “has his new shoes on.”

Rest assured, the racehorse isn’t wearing Skechers, which will be branded on his handlers’ apparel, the barn and fly sheets. Instead, “his blacksmith came all the way from California to put the (horse)shoes on,” Sherman said.

Coburn chose the American Cancer Society in honor of his sister Brenda, who died of cancer at age 36. California Chrome was born on her birthday, and it’s been 36 years since there has been a Triple Crown winner. 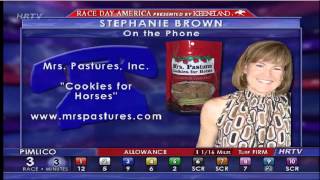 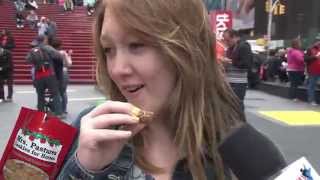